The Day We Almost Never Got Married

I’ll never forget the day we got married. That day that is meant to be the most amazing and special of your life. Well if only people told me just how overwhelming it would be too.

I decided to organise the wedding day myself because like many of us I thought I could do it quite easily and save money whilst doing so. Although I hadn’t started my events business yet (that came years later) I would be that go to person if friends and family required something sourcing for them. How very different that was compared to planning my own wedding.

Let’s start with the antics leading up to the big day, my hen weekend in Barcelona. I planned the entire thing along with trying to plan our wedding day, and by the end of it I just felt so annoyed that I remember sending a message to the 11 members of my friends and family who were joining me to say, “here’s the flight details and I’m not inputting in all your passenger details”. They probably thought I was having a strop, however if only they knew just how frustrated and overwhelmed I had become by that point. Anyway, the frustration didn’t last long so putting it behind me, we set off for what was meant to be a great weekend. Let’s just say it was a mixture of fun, laughs, tears and theft. Yep I think by the end of the 3 days, 9 out of the 11 people that went had a personal item pilfered. I had my camera stolen whilst in a bar. We did have fun though and made the most out of a few bad situations, but it was eventful, to say the least.

Leading up to the big day I realised I’d concentrated that much on the bigger things like the cars, wedding dress, rings etc that I had completely overlooked smaller details. Let’s start off with my nails, I had completely forgotten about those. You would think that booking an appointment for your wedding nails would be quite simple and easy to remember, but no I hadn’t booked to have them done and found myself making a last-minute appointment the day before.

With that sorted my bridal party and I prepared for the big day with drinks and food in our hotel. Anyway, one of my closest friends is a bit of a snorer, I love her dearly and we’ve shared many fab memories since we were kids, but she’s a snorer…haha. Her snoring had become so loud that me and my cousin (bridesmaid) snuck off to the room next door, by sheer luck it was empty and open so we settled down in there. In the morning we then crept back into or proper room and she hadn’t even realised we’d gone. We all need our beauty sleep, especially before the biggest day of our lives!

Nails done, I relaxed at the hotel waiting for the hair stylist to arrive. She turned up over an hour late, which had me in an anxious state. In this time something dawned on me, I realised I hadn’t any flowers for the bridesmaids, I actually can’t even remember whether I just forgotten to book them or hadn’t even considered them. However, I found myself having to search for some on the day of my wedding. In the end we ended up buying some faux flower bouquets from Dunelm, courtesy of my Aunt who collected them for me. Thankfully they were really cute.

The makeup artist arrived however she couldn’t start my makeup until the hair stylist had finished. By this time, we were running way behind schedule, a schedule that I actually never really implemented. So, with my hair and makeup finally done, it was time to get into my dress and yes you can guess, there was another problem. With my dress on, well between me, my Maid of Honour and my bridesmaids, we couldn’t figure out how the heck to fasten up the darn thing. At this point I was starting to feel annoyed, trying my best to stay composed. Despite all the faffing the dress finally fastened and off we headed downstairs to the car. At this point my daughter, who was 9 at the time, was in a sulk because she didn’t like her hair. Another moment that didn’t go the way I’d hoped. Reaching the hotel lobby the photographer, who appeared from nowhere, was waiting to take some snaps. At this point I wanted to just get to the church but thought a few quick snaps would be ok. Pics done and now stepping into the limousine I felt like that moment where you just want a drink to unwind a little, however upon checking the minibar I found that my husband to be and his groomsmen had drank the mini bar dry, so no drinks left for us ladies, was I fuming at this point?! It’s a blur.

Arriving at the Church

I arrived at the church to see the vicar waiting outside. Me and my Uncle, who gave me away, had a quick snap and I remember standing at the big brown doors trying to organise the order of how my bridal party would walk in and I definitely snapped at them, yep I was wound up by this point…. I was 45 minutes late!

However, walking down the aisle I felt a sigh of relief, I’d finally made it and was ready to put all of those experiences and months of planning behind me. There was still one more surprise though…. when listening to the vicar I noticed he was talking really fast and then seemed to slow down at a certain point. I discovered that couples can’t get married after 5pm and with me arriving at 4.45, we had 15 minutes to get married! The vicar had told my husband that if I’d been any later, he’d have postponed it! My husband had family who had travelled to the West Midlands from Scotland and Spain, can you imagine them coming all that way for nothing? My Uncles fiancée had been frantically trying to get hold of us but our phones none of us had answered so were completely unaware until after me and my husband were married. So, there I was feeling relieved to be finally walking down the aisle and my poor husband although relieved to see me was cursing me at the same time. Oh, if only we both knew what the other had gone through. It also came to light that my Mom’s partner had got them lost on the way to the church and she only arrived about 10 minutes before me. I’m a believer in things happening for a reason, I think it’s safe to say that was the reason all these events had unravelled. Had they not, I would have made it on time and she would have missed my big day.

Off to the Reception

With the prior chain of events out of the way we took a deep breath as we were finally married. Gosh it really didn’t end there though. Photos were taken and then we were left wondering where our limousine had gone, we called the company to find out. We were told due to us running so behind they had another booking and so they would have to send another car. Not the end of the world and we had a Mercedes instead. I mean it wasn’t he worst thing that could happen, especially not after hearing about us almost not being able to get married.

We arrived at our wedding reception. The guests had settled in their seats and we were going to make our grand entrance. That was until the DJ played the entrance song to one of our guests as they walked through the door. Sorry DJ that wasn’t us. Then he played nothing on the song list we’d provided so we had to constantly ask him to play the songs we wanted.

Then came the cake, well I’m glad this part wasn’t a sign of things to come, but my husband’s head fell off. We had two cakes a Jamaican fruit cake and then the main one which was made by a friend of my in-laws. We had little Bride and Groom figures on the top and our guests had to keep popping my husband’s back on, guests were trying to keep it discreet but I clocked it, along with the flowers on each table, I think we had 10 tables. My Mother-in-law had sorted these and I noticed the Lilies hadn’t opened up so looked quite pathetic…not her fault though.

Despite this series of unfortunate events (there’s a film with a similar title and that ends up okay) we did end the night having fun with our guests dancing away, doing the soul train and dance-offs. We even had a head spinner!

I remember the next day being at my Mother in-laws house, for a little get together she had put on for us, just reflecting on the day and all the little things that hadn’t gone according to plan. I actually felt emotional about it all. I was over the moon to be married, however I just couldn’t shake off that emotion. Back at home later that evening we went to play our wedding video and at that crucial moment where I wanted to watch it all back the video cut out, yep the person who recorded it (family member of my husband) didn’t capture the speeches and whatever else came next. Did I laugh or did I cry? Another blur.

However, despite all the issues leading up to the big day, 12 years on and we are still very much happily married.

My Take Away
Plan plan plan! Of course, you can’t control things like the weather but you can have a plan, a simple list of what needs to be done, one of the very things I live my life by now………

Who – will do what

What – will they do

Where – will it take place

When – will it be done by

Why – is it being done

One of the reasons I plan weddings and events is because not only do I love to do so, I also know exactly how overwhelming things can become and how some things can take you away from those special moments. From my own chain of events of my wedding, I have used that experience to help people plan, organise and manage their weddings and events so they don’t go through what I did. I’ve also learnt from it all and on our 10th wedding anniversary we renewed our vows, its safe to say that day went without any hiccups and I truly enjoyed every minute of it. Keep following and I may tell you about it 😉 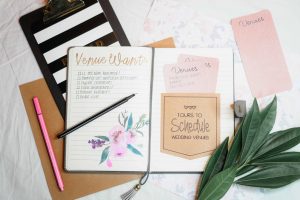 The Day We Almost Never Got Married

I’ll never forget the day we got married. That day that is meant to be the most amazing and special of your life. Well if 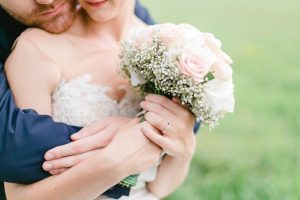 Our Wedding/Special Event May Be Affected By Coronavirus!

With the latest announcement by the British government, many people are still unclear whether their wedding/special event will be affected by Coronavirus. Although the government